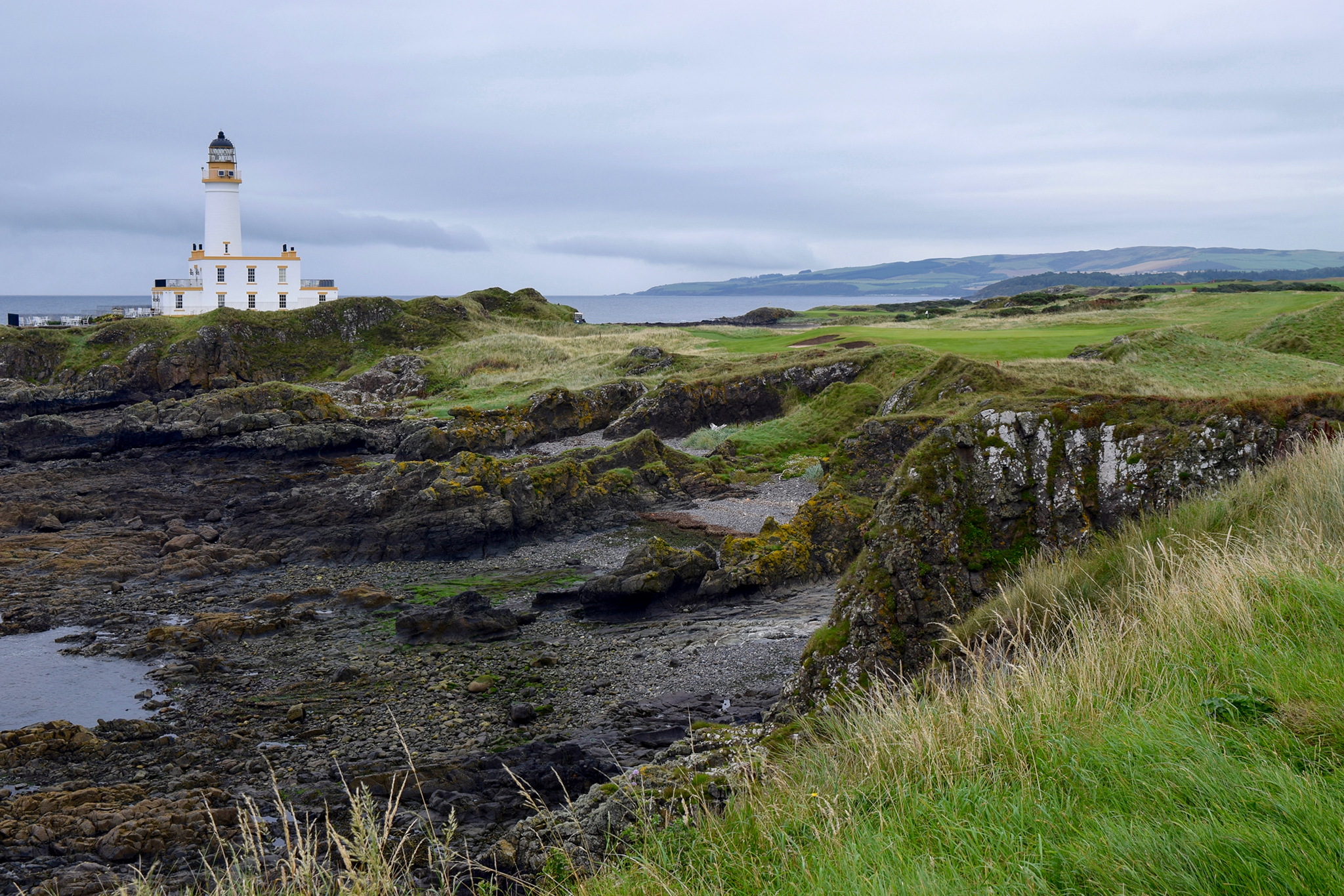 Setting aside Donald Trump’s politics (if you can), his redesign of the famous Ailsa course at Turnberry is simply fantastic

TURNBERRY, AYRSHIRE, Scotland — You can hate his politics, and ego. You can snicker at the self-aggrandizing ostentatiousness and opulence that characterizes much of what Donald Trump touches.

But if you are a golfer, if you cherish the history of the sport, the iconic golf courses and the storied moments, understand this:

He has taken an already revered golf course, the Ailsa course at Turnberry, site of four British Open championships, and, through his trust in golf architect Martin Ebert, taken it to new heights, reinvigorating the early 20th century course in such an artistic, inspired way that it seems well-deserving of being returned to the Open Championship rotation, which is his dream.

I played what is now called Trump Turnberry on Tuesday. In my limited experience, the beauty here, the way the course flows, the spectacular views of the coastline of the Firth of Clyde, are truly special. From first tee to 18th green, every element of the golf course seemed perfect.

In 2014, Trump, the billionaire Republican presidential candidate, purchased the historic hotel, spa and three golf courses at Turnberry resort, including the famed Ailsa course, site of four Open Championships, including the famous Duel in the Sun in which Tom Watson bested Jack Nicklaus in 1977.

It was on the 15th hole, a 209-yard par three rated among the top 500 holes in the world, that Watson holed a 60-foot birdie putt from the light greenside rough to pull even with Nicklaus en route to the trophy.

Understand that Ailsa course, on the west coast of Scotland, has always had compelling attributes — the views of Ailsa Craig, the rock island in the Firth of Clyde; the historic Turnberry Lighthouse; the ruins of the 13th century castle of Robert the Bruce.

But there was also some consensus that the course hadn’t taken full advantage of its views of the Firth and Trump commissioned an extensive redesign by Ebert, which involved closure of the course last fall, with reopening in June. Amazing that so much could be accomplished that quickly, and that it all looks as it’s been in place for decades.

In essence, among a multitude of changes — nine new greens were built overall — what the Trump/Ebert team did was take greater advantage the proximity to the water, with eight holes now running along the Firth. The par 3 No. 9 hole involves a carry over the sea, with the lighthouse visible on the left; it was converted from a par 4.

The revamped par 5 No. 10 hole also commands views of the Firth, with an absolutely frightening tee shot from the championship markers, and the par 3 No. 11 is a completely new hole, involving a shot over rocks and inlets of the Firth.

Turnberry is ranked No. 22 in the world by Golf Digest, No. 23 by Golf Magazine.

At the invitation and intercession of David Connor of VisitScotland, I played Turnberry with three Northwest colleagues in golf journalism:

Former Register-Guard sports editor and columnist (and then of the Seattle Times) Blaine Newnham, one of the most respected golf writers in the Pacific Northwest, author of “America’s St. Andrews” about the construction of Chambers Bay and a friend and mentor to me throughout my career; Tom Cade, director of communications for the Pacific Northwest Golf Association and editor of Pacific Northwest Golfer Magazine, and Rob Perry, the immensely gifted photographer (and golfer) who specializes in golf courses.

Suffice to say, we all loved the golf course. Cade, who had played Turnberry previously, in September 2009, thought the makeover was a stunning improvement.

Our round had some memorable moments. On the par 3 No. 15 hole, so pivotal in Watson’s win, Cade faced an impossible stance in a left bunker, managed to escape that into a bunker beyond, and then holed that for a par. On the new No. 11, Newnham came within inches of a hole-in-one, a tap-in birdie in a stretch of five back-nine holes in which he played level par. And Perry, who plays to a 4.4, was our medalist with a 3-over 74 from the yellow tees that play to 6,094 yards.

Newnham and I played from the forward red tees, 5,406 yards, a prudent choice given the wind, scoring 92 and 93 respectively, though I prevailed, 1-up, in the daily match-play competition for a pint between the two former Register-Guard sports editors, and we now each stand 2-2-1 in Scotland. (My lost-ball total was three, bringing my five-round total to eight lost, five found.)

After we played Turnberry, we drove north to Irvine, and had lunch at Western Gailes Golf Club, which dates to 1897. At Turnberry, everything is BIG, and newly renovated, the golf shop and locker complex huge (with an impressive collection of old golf clubs at other memorabilia). A Western Gailes, the old wood lockers seem to have been there forever, the small dining room is quiet and calm and dignified, with club members in jackets and ties lunching after their rounds.

Western Gailes, in its own right, is a classic links golf course, laid out on a narrow swath of land, no more than 230 yards wide, between the Glasgow-Ayrshire railroad tracks and the same Firth of Clyde overlooked by Turnberry, Preswick and Royal Troon. Weekday greens fees are 150 British pounds ($197) for 18 holes and 195 pounds ($256) for 36.

Caddie master Hamish Gaffney, 45, who has caddied there since he was 12, extolled the virtues of the No. 6 hole, a dog-leg par 5 with the green tucked in a bowl that had been lauded by Tom Watson as one of the best par 5s in Europe. And in Gaffney’s view, the No. 7 hole, with a forced carry over rough, is “the best par 3 in Scotland.”

Better than the new No. 9 at Turnberry?

“I’ve seen it,” he said of the redesigned Turnberry. “That’s some golf course. I was impressed. I know a lot of people don’t like the man, but he’s done some job there.”

But Gaffney stuck with his own par 3, No. 7. “Everybody to his own opinion,” he said. As we played, in the late afternoon, gray skies turned to drizzle, and then serious rain, and we decided to make No. 7 our final destination of the day. Tough hole. And a very good hole, on a day we saw a lot of them, and were grateful for it.